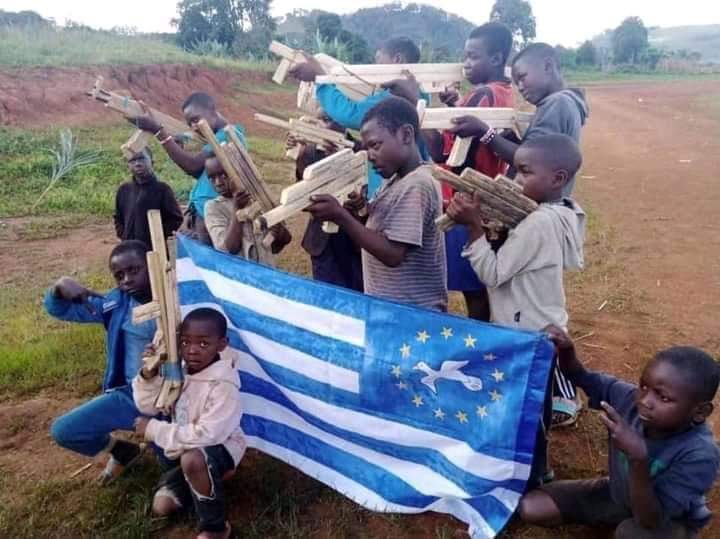 This is a worrying image coming from a community where children have been prohibited from going to school over the last five years in Cameroon due to the Anglophone crisis. There are lots of communities where this phenomenon is perpetrated and becomes the more more recurring.
Children are still instrumentalised in many conflicts. Their role is not limited to fighting. Some children are abducted and beaten into submission, others join military groups to escape poverty, to defend their communities, out of a feeling of revenge or for other reasons.
Many girls and boys are also used in support functions, serial slaves, that also entail great risk for communautés and our society giving that their jailors are formatting their mindset to kill.
Involving children in conflicts is depriving them of their future. This is a serious problem to human rights, democracy, sustainable peace and development we need and aspire.
Although there are many ways for children to become associated with armed forces and groups, whatsoever the reason, this is unacceptable.
Human rights law declares that 18 years is  the minimum legal age for recruitment and use of children in any form of conflict or hostilities.
The  recruitment and usage of children under the age of 15 as soldiers is prohibited under international humanitarian law – treaty and custom – and the International Criminal Court defines this as a war crime.
We call upon urgent implementation of these international law dispositions.
We call upon warring parties powerholders, international community to put an end to the ongoing conflicts in Cameroon and especially the anglophone crisis.