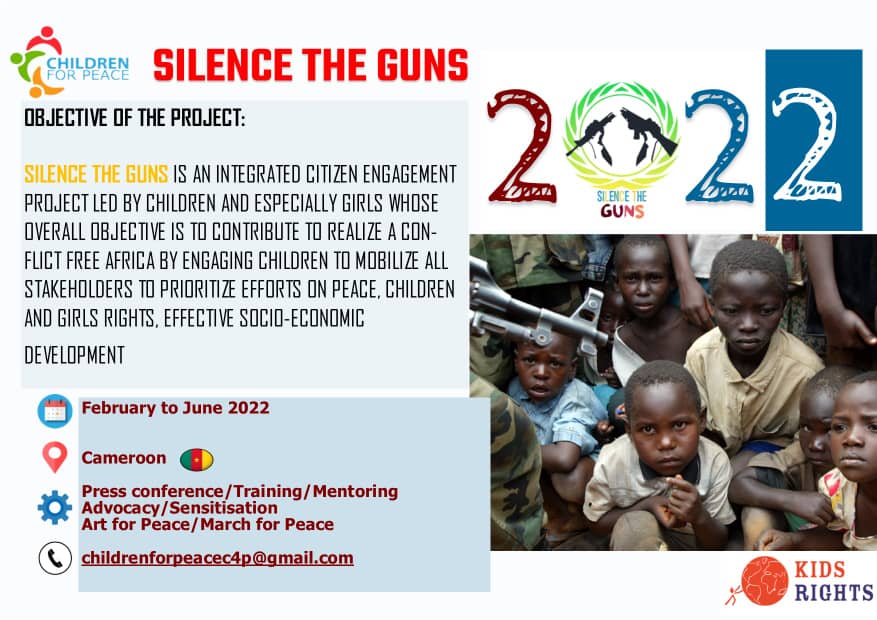 Use this tool to manage your registration.

Over the past two decades, the threat posed by violent extremist groups has grown substantially across Africa. As many African countries, Cameroon, situated in the Lake Chad Basin and the Gulf of Guinea, faces since several years, significant issues of unrest and insecurity, including the increasing number of refugees coming from the Central African crisis.  The presence and operations of Boko Haram have displaced over 1.2 million people internally and forced more than 200,000 Nigerians to flee to Cameroon Chad and Niger. Internal displacement often feeds into and exacerbates pre-existing conflicts and dynamics of displacement amongst pastoralists and sedentary communities – not least since Boko Haram implements a strategy of stealing livestock and burning farmlands in rural communities.

The ongoing conflict with Boko Haram, operating in the Far North region since 2014 has so far made at least 2,500 killed, 250,000 displaced and is triggering the rise of vigilante self-defense groups. In 2016, separatist rebels launched in the north-West and South-West Cameroon a battle for their own state making over 3 000 killings (civilians and army), and forced more than 700,000 people out from their homes, thousands fleeing across the border into Nigeria. Conflicts have been causing a great toll on the situation of the Child rights, since thousands of children have been involved as combatants, mine testers, messengers and cooks some of them, used as human shields or as sex slaves for military leaders.

In this context of security crises, the outbreak of COVID-19 added in the country a health crisis, impacting progress in the fight against poverty and for children rights; decreasing school enrollment rate, increasing early marriages and illicit proliferation of small arms and light weapons.  Coupled with the (impacts of the COVID19 pandemic), conflicts and violent extremism are undeniably one of the biggest impediments to the United Nations Convention on the Rights of the Child, the convention of elimination of all forms of discrimination against women and the implementation of the agenda 2063 of Africa Union. One important cause and consequence of the cycle of conflicts in Cameroon and in Africa is the proliferation of small arms and light weapons by civilians, including rebel groups and militias as well as government-related entities. Guns which have been becoming the most popular weapon are mostly imported and cause more deaths than bombs, grenades or mines (according to the 2019 SAS and African Union study, Weapons Compass: Mapping Illicit Small Arms Flows in Africa).

It is commonly admitted that children are the future and that they are the main victims of conflicts and violent extremism since they deprive them from their rights and endanger their future. However, they are generally forgotten and left behind when talking about serious issues concerning their lives and future. In order to address this situation, Children for Peace implements the project “Silence the Guns”.

2.0 Objectives of the intervention

Silence The Guns is an integrated citizen engagement project led by Children and especially girls whose overall objective is to contribute to realize a conflict free Africa by engaging children to mobilise all stakeholders to prioritize efforts on peace, children and girls rights, effective socio-economic development.

This second part of the project Silence the Guns (whose first part was achieved in 2020) will be implemented during 5 months from February to June 2022 in Cameroon.

The project will mobilize children and youths (7- 18 years old) from schools, university, mosques, churches faith-based organizations (including refugees and IDPs).

The ultimate outcome expected from this project is as follows a conflict-free country and continent, rid of wars, civil conflicts, human rights violations, humanitarian disasters, genocide, violent extremism and conflicts thanks to multi-stakeholders ’collaboration and synergies and the crucial role of children and youth.

For the implementation of this project, Children for Peace will be partnering and working on the field with local authorities, religious, traditional leaders, several local associations and networks for the achievement of the project’s goals.