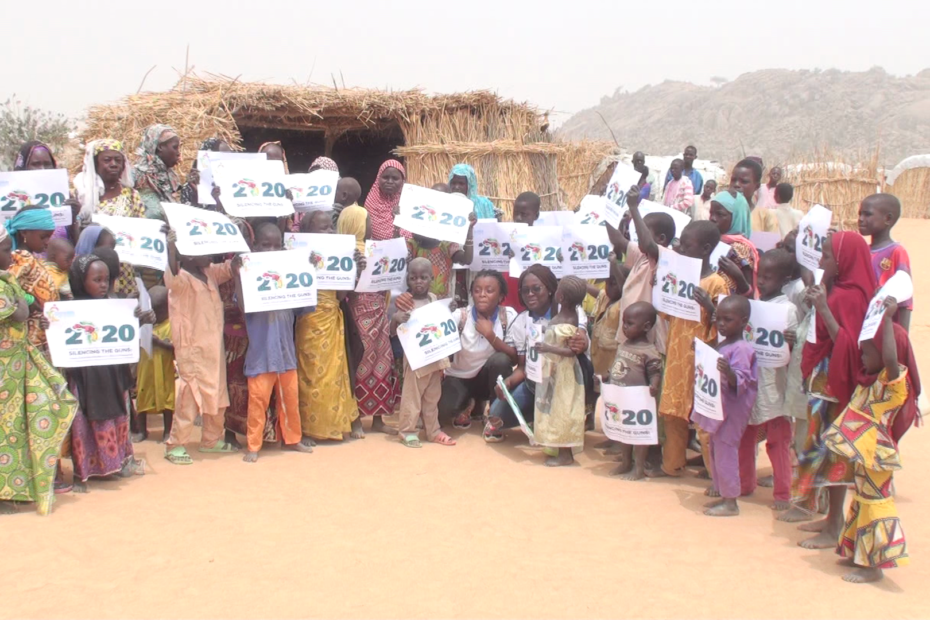 The growth of violent extremism in Africa- and the devastating impact of groups espousing violent ideologies – is not only setting in motion a dramatic reversal of development gains already made, but threatening to stunt prospects of development for decades to come.  Attacks as a result of religiously-inspired violent extremism have reached unprecedented levels, and the impacts are far reaching; from 2011 to 2015, over 21,245 fatalities are estimated. The presence and operations of Boko Haram have displaced over 1.2 million people internally and forced more than 200,000 Nigerians to flee to Cameroon Chad and Niger. Conflicts have been causing a great toll on the situation of child and girls rights. Thousands of children have been involved as combatants, mine testers, messengers and cooks some of them, used as human shields or as sex slaves for military leaders. Violent extremism has decreased school enrollment rate, increase illicit proliferation of small arms and light weapons and has also disproportionate impact on women and girls. Coupled with the impacts of the COVID19 violent extremism is undeniably one of the biggest impediments to the United Nations Convention on the Rights of the Child, the convention of elimination of all forms of discrimination against women and the implementation of the agenda 2063 of Africa Union. In this article, we will explore violent extremism and violence against women and girls before focusing on girls’ participation in protection of girls/women’s rights; preventing violent extremism; gender-sensitive relief/recovery and fighting COVID 19 and its impacts. We highlight the need of a whole of society security approaches gender and rights based.

Violent extremism and violence against women and girls

The 1995 Beijing Declaration and Platform for Action (Fourth World Conference on Women) states that ‘while entire communities suffer the consequences of armed conflict, [political instability] and terrorism, women and girls are particularly affected because of their status in society and their sex’ (Sigsworth, 2008, p. 4). Violent extremists are seen as being most likely to victimise women because of their often conservative or reactionary gender agendas. The patriarchal that characterizes Sahel and Lake Chad basin regions where cultures of gender-based violence and gender discrimination exist prior the insurgency of Boko Haram exacerbate during the conflict. Effects of violent extremism on girls can be seen in efforts to limit girls’ access to education, curtailing access to healthcare and services and perpetrating acts of violence. Violent extremist groups also target female victims for their violent acts, because of the emotional impact of female casualties. During and in the aftermath of conflict girls/women are targeted with forms of human trafficking, sexual violence (including rape, forced pregnancy/prostitution/marriage, and sexual slavery) and also face domestic violence and extreme economic vulnerability.

Girls and women are not always victims of violent extremism; they act also as perpetrators. Though the common sense considers violent extremism to be a man’s activity, the threat of women’s terrorist radicalisation cannot be neglected and has to be taken seriously because of violent extremist attacks perpetrated by women. Boko Haram targets girls and women for recruitment and drives of violent extremism, as they arouse less suspicion and can engage in community outreach efforts with greater access to families. In some cases, girls and women’s motivations to join terrorist groups include: adherence to a particular political ideology; grievance and concern with injustice; avenging personal bereavement; a desire to improve one’s social status. Sometime, girls and women join or are forced to join violent extremist groups because of families ties with terrorists or to overcome poverty. Also, personal trauma, most notably rape, is one of the fundamental motivations for women’s involvement in violent extremism. However, in Sahel and Lake Chad basin regions, female involvement in violent extremism is at a formative stage but it is on the rise, with women and girls following generally a gender-specific interpretation of the radical ideology, the female Boko Haram, by acting as facilitators, supporters, and educators for the movement. Women’s participation has evolved from auxiliary roles supporting their male counterparts, to gathering intelligence, providing healthcare, and maintaining safe houses, to direct engagement in violent acts, including suicide bombings.

Understanding women’s and girls’ role in peacebuilding, preventing violent extremism and addressing COVID19 pandemics in Lake Chad Basin and Sahel region, through the storytelling of Children for Peace.

Although girls and women have a key role in countering violent extremism. Most of the times, counter-terrorism interventions have tended to ignore gender perspectives. The Women Peace and Security (WPS) resolutions reaffirm the important role of women in conflict and post-conflict situations and promote women’s active and meaningful participation in decision-making and the integration of gender perspectives into all peace and security efforts. There should be a shift in thinking about women/girls and the role of girls/women in fostering peace. The involvement of girls and women as ‘policy shapers, educators, community members and activists’ is essential to prevent terrorism (OSCE, 2013, p. 2).

Regarding the increasing security crisis, we have created Children for Peace (C4P) which is a girl led movement committed not only to increase the number of children and girls in peacebuilding, reduce their role as perpetrators of violent extremism and address gender inequality. We have been mobilizing, mentoring, building the capacities and accompanying children and girls in diverse conflicts affected areas in Sahel and Lake Chad Basin regions. While working with girls, we have realized that they can increasingly ‘provide crucial feedback on the counter-terrorism efforts of the international community, pointing out when preventive policies and practices are having counterproductive impacts on their communities’, and they are ‘effective undertakers of initiatives and shapers of narratives to counter violent extremist and terrorist propaganda and may carry special weight with women audiences’. Girls and women can de-mystify the life of a terrorist by speaking about the hardships involved such as those of separation, insecurity, loss of income, and anxiety. In our campaigns, we use mixed messages drafted on the basis of stereotypes (such as emphasizing women’s maternal role) in counter-terrorism narratives. In several countries, we have focal points and members, committed to work to democratize public sphere for inclusive governance and more political and economic expression of children and girls in public policies. We have been fruitfully engaged for the global ceasefire, the full internalization of UN convention on the rights of the child, the UNSCR 2250 and 1325, the UN Conventions on the rights of the Child and Elimination of All Forms of Discrimination against Women and specifically the girls.

Over the past years, our strategy has been focused on volunteering, interactive communication, capacity building, community mobilisation, advocacy, advancing policies, awareness raising, mentoring, networking, technology and digital, Art work, psychosocial support, entrepreneurship and partnership for children and girls. With the outbreak of COVID 19 and its impacts especially on girls/women, we now take into account the nexus biodiversity, health and safety as vital key in building peaceful communities.

Impacts of our actions so far are as follows: over 50 000 children trained and 5 000 000 people sensitized on thematic related to violent extremism, disarmament, demobilization and reintegration and human rights (focusing on children, girls and women rights, gender equality), illicit proliferation of small arms and light weapons and COVID 19. Over 5 000 girls and children have been fruitfully directly engaged in related topics through local, nation and continent-wide activities and through 80 gender-environment-peace clubs (led by girls) we have set and operationalise. We set up 7 multi-stakeholders networks (constituted of at least 550 religious and traditional leaders and 700 children; 75 political leaders and 650 community members working closely together in community sensitization and advocacies) and have been engaging community leaders and civil society to work with children, girls and women against identity-based differences; mobilizing them in community-led initiatives to find gender sensitive approaches to dealing with these issues.

To better fight against violent extremism, we highlight the need for a gendered approach; strategies that address poverty, cultural and governance barriers; and interdisciplinary, context-specific, and autonomous child protection systems. There is a need of more rights-based, integrated, and multifaceted approaches to tackle the interrelated threats to the security of children, girls and their families affected by the conflict. This requires a strengthened institutional framework, increased cooperation with civil society; strengthened mechanisms to encourage exchanging information and sharing best practices, specific measures to prevent sexual exploitation and abuse, enhanced protection of children, women and girls from human trafficking

A whole of society Gender Perspectives must be addressed in efforts and strategies related to Emerging Security Challenges. Gender equality must be integral part of policies, programmes and projects. In line with the Policy, there is a need to mobilize stakeholders at local, national and regional level for the complete the internalization of the WPS resolutions through the drafting and synergistical operationalization of an Action Plan focusing on collective defense, humanitarian, crisis management and cooperative security while emphasizing on integration, inclusiveness, integrity, monitoring and accountability.